Last week, an interesting opinion was issued by the United States Court of Appeals for the Federal Circuit involving a takings claim.  In Lost Tree Village Corporation v. United States, the court analyzed whether a Lucas takings claim occurs where the regulation deprives the property of 99.4% of value, but the property could still hypothetically be sold.  [Read full opinion here.] 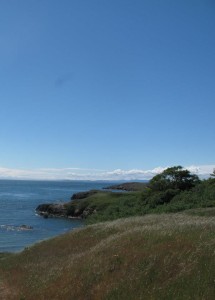 In order to understand the Lost Tree case, it is important to have a basic understanding of regulatory takings law in the United States.

The US Constitution provides that private property may not be “taken for public use, without just compensation.”  A government regulation constitutes a taking under the Fifth Amendment if it “goes too far.”  These types of cases are known as “regulatory takings.”  There are essentially three types of regulatory takings cases, known based upon their seminal US Supreme Court case names:  Penn Central, Lucas, and Loretto.  While Lucas and Loretto are considered to be “per se” takings, Penn Central takings are factually specific and decided on a case-by-case basis.

A Loretto taking occurs when a regulation involves a physical invasion of the property.  For example, in Loretto, a cable box was physically place on the landowner’s property.  This constituted a physical taking.

A Penn Central taking looks at three factors and conducts a balancing test to determine whether a regulation as “gone too far” and constitutes a taking.  The factors considered are:  (1) the economic impact of the regulation on the plaintiff; (2) the extent to which the regulation has interfered with distinct investment-backed expectations; and (3) the character of the governmental action.

The question at issue in Lost Tree is what type of regulatory takings–if any–occurred in this case.

Lost Tree acquired a number of acres of land along the mid-Atlantic coast of Florida during the period from 1970-1990.  This includes what is known as Plat 57, an undeveloped 5 acre tract of land located on a small peninsula of the Island of John’s Island and Gem Island.  In 2002, Lost Tree applied for and obtained zoning and other necessary local and state permit needed to develop Plat 57 into a residential lot.  Additionally, Lost Tree applied for a wetlands fill permit under Section 404 of the Clean Water Act.  The Army Corps of Engineers denied the Section 404 permit because it found that Lost Tree could have pursued less environmentally damaging alternatives and because Lost Tree had already adequately realized its development purpose of their other properties.

The court found that the permit denial diminished Plat 57’s value by 99.4%, calculated by averaging the testimony of the two appraisers.  Further, the trial court held that this loss in value was sufficient to maintain a takings claim.  Because the property lost 99.4% of its value, the court found this to be a per se Lucas taking.  Alternatively, because of the significant economic impact, the court held that the permit denial constituted a Penn Central taking.  The court awarded Lost Tree approximately $4.25 million.

The Court of Appeals found that a Lucas regulatory taking occurred in this situation.  Although the court noted that a successful Lucas takings claim was rare, and that there could be no remaining economic value, this situation fits the requirements.  The court reasoned that “negligible non economic appraisal value” is not sufficient to show that economic use exists or that the property could actually have been sold.  Further, the ability to sell land, alone, is not an “economic use.”  “Economic uses enable a landowner to derive benefits from land ownership rather than requiring a landowner to sell the affected parcel.”   The court listed examples in cases where property could still be used for logging, landfilling, and livestock grazing.  Thus, the court found a Lucas taking occurred and that the landowner was entitled to compensation.

First, this case offers a good opportunity to discuss the concept of regulatory takings and the legal framework in which these claims are analyzed.  When most people think of a taking, they think of an actual physical taking, like a pipeline company condemning and easement.  But it is important to realize that government regulations–when going too far–can also constitute a taking for which a landowner is entitled to compensation.

Second, this case is important in helping to understand the application of the Lucas takings test.  While the Supreme Court in Lucas stated that compensation was owed only when property was deprived of all economic value, it did not address the issue of whether the residual value and potential ability to sell would prevent a Lucas claim.  At least according to this appellate court, it would not.

Third, for those of you interested in the recent “waters of the United States” controversy, this case provides a good example of how the Clean Water Act works and imposed additional burdens when it applies.  Here, because the property was considered to be a “water of the United States,” the landowners had to obtain a Section 404 permit in order to do fill work and develop the property.  Without that permit, they were unable to undertake this project on their land.  If the new EPA rule is broadly interpreted to increase federal Clean Water Act jurisdiction, this type of permitting requirement would apply to more land and require more landowners to seek federal permits.