As I announced last week, the New Mexico Supreme Court has decided a hotly contested case regarding the constitutionality of New Mexico’s domestic well statute that gained national attention.  In a unanimous opinion, the court held that even in a fully appropriated basin, the DWS does not violate the Constitutional doctrines of prior appropriation or due process. 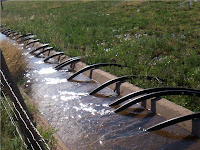 Mr. Bounds is a farmer and rancher in southwestern New Mexico who holds senior water rights in the Mimbres basin.  He uses this water primarily to irrigate cropland on which he raises feed for his cattle.  Although Mr. Bounds received all of the water to which he was entitled under the water rights that he holds, he claimed that newly permitted domestic wells were unconstitutionally infringing on his senior water right in the Mimbres basin.  It is important to note that Mr. Bounds brought a facial challenge, meaning that he claimed that the statute was invalid as written, not merely as it was applied to the facts in this case.  Mr. Bounds’ argument, in its most basic form, was that because the basin was fully appropriated and adjudicated—meaning that all of the water in the basin had been spoken for by water rights holders—any of the new domestic permits being granted were necessarily infringing on senior water rights because there was no unappropriated water to be withdrawn.

Mr. Bounds filed this lawsuit in 2006 challenging the constitutionality of the DWS.  The trial court in Grant County found for Mr. Bounds, declared the DWS unconstitutional, and ordered the State Engineer to administer applications for domestic wells “the same as all other applications to appropriate water.”  The New Mexico Court of Appeals reversed in 2011, holding that the DWS did not violate the prior appropriation doctrine of the New Mexico Constitution.  Mr. Bounds appealed the case to the New Mexico Supreme Court, which heard oral argument in October 2011.  This case was watched closely and garnered nationwide attention, as numerous landowners, ranchers, water organizations, drilling companies, and state water well associations filed amicus briefs in the appellate courts.

The Prior Appropriation Doctrine

New Mexico follows the prior appropriation doctrine, along with most other western states.  Prior appropriation gives rights to use water based on the time of the initial use, and basically applies the principle of “first in time, first in right.” This means that the first landowner to beneficially use or divert the water gains a right to use that water.  Subsequent users may also obtain a right, but it will be junior to all rights granted earlier.   In times of water shortage, the first appropriator gets his full amount, then the second appropriator, and so forth until the water is exhausted.  If the water runs out before a junior appropriator gets his or her share, they will not receive any water.  This doctrine is embedded in the New Mexico Constitution, which states that water in New Mexico is owned by the public and subject to appropriation for beneficial use and explains that “priority of appropriation shall give the better right.”

Under New Mexico law, any person seeking to divert water for beneficial use must file an application to do so with the State Engineer.  Generally, upon receipt of an application, the State Engineer provides notice to the public, holds public hearings on the proposed diversion, and makes determinations as to whether there is unappropriated water available and what affect the requested permit would have on senior water rights holders before the permit may be granted.  The process is different for domestic and livestock wells.  In the 1950’s, the Legislature recognized that the small amounts of water withdrawn from these types of wells, and created a different permitting process.  In order to drill a domestic well, a person must file an application with the State Engineer, and the State Engineer is required to issue the permit.  There is no analysis or investigation undertaken, and the State Engineer has no discretion as to whether a permit should be granted.

In Bounds, the New Mexico Supreme Court held that the DWS is constitutional as it does not facially violate either the prior appropriation doctrine, or the due process clause.

Prior Appropriation:  The court found that the prior appropriation doctrine addresses how to administer water between competing interests of junior and senior water rights holders, but does not mandate any specific permitting procedure.  The DWS, on the other hand, is a permitting statute, describing how one obtains a permit to drill a domestic well.  Further, the court explained, domestic wells are exempt from parts of the permitting process, but they are not exempt from the doctrine of prior appropriation.  There are multiple regulations (discussed below) that provide for protection of senior water rights from impairment by domestic wells.  The court explained that “all water rights, including…those created by the DWS, are inherently conditional.  They do not create an absolute right to take water.  They are conditioned on the availability of water to satisfy that right.”  Thus, the court found that “the DWS, which deals solely with permitting and not administration” does not violate the prior appropriation doctrine of the New Mexico Constitution.

The court did, however, expressly disagree with the Court of Appeals’ statement that the prior appropriation doctrine is merely a “broad principle,” believing that statement “goes too far” and making clear that the prior appropriation doctrine is more than “an aspiration, subject to legislative whim and administrative discretion.”

Due Process:  The court quickly disposed of Mr. Bounds’ due process argument.  Under the law, a party is entitled to due process if he is deprived of life, liberty, or property.  The court explained that because Mr. Bounds was unable to show any actual impairment to his water rights because he received his full allotment of water, he was not deprived of any property and his claim necessarily failed.

Although the court upheld the DWS, it was careful to point out that prior appropriation is alive and well in New Mexico, and that all branches of government must act to protect senior water rights holders from impairment.  The court specifically urged action by the Legislature and the State Engineer to protect senior water rights.  “We urge our Legislature to be diligent in the exercise of its constitutional authority over—and responsibility for—the appropriation process.  We equally urge the State Engineer to fulfill its superintending responsibility by applying priority administration for the protection of senior water users.  Our courts remain available, based upon sufficient evidence, to intervene in appropriate cases to ensure that “priority of appropriation shall give the better right.”

An additional summary of the decision may be found at WaterWired.

Disclaimer:  Tiffany Dowell and Jesse J. Richardson, Jr. authored an amicus brief in the Bounds case on behalf of 17 industry clients in support of the New Mexico State Engineer.