Many fields are just seeing some cotton emerge after rains moved across the Texas High Plains in late June.  This is most often the case in dryland fields where cotton was dry planted, or planted into soil with insufficient moisture to result in germination, or in a lot of cases, no moisture at all.  While this was done in hopes that rain would soon follow, for many fields it was over a month before a significant rain was received and the crop responded and a stand was established.  In these cases, it is likely that sizable portions of the field are in one stage or another, likely due to patterns in moisture availability during the time planting occurred.  In other cases, there may have been some sporadic emergence early on and now many gaps are being filled by newly emerging plants where the seed had been sitting in dry soil for weeks.

Now many producers may find themselves with cotton that’s around a month old in the same field with cotyledon stage plants.  While as of now there’s nothing that can really be done, or needs to be done, about having cotton at multiple growth stages all in the same field, it may present some challenges at the end of the season.  Typically cotton has a tremendous ability to compensate in terms of growth, and over the course of the next few months the differences in height across the field may become minimal, and it can even be hard to tell where the older and younger plants are when looking at the field from the road.  However, it’s important to note that the plants that emerged later will always be behind in terms of developing fruit and their harvestable boll load.  Similar challenges were faced by many Mississippi growers in 2016.  So, what course of action should we take when making decisions regarding irrigation termination and harvest aid applications to our fields that vary in plant age and inherently in maturity?

The most crucial factor that should be considered is what does the majority of the field consist of, and where is the majority of our yield coming from: the earlier emerged plants or portion of the field or the later emerged plants?  If large portions of the field emerged early and others late, managing these areas independently will be a challenge, but is an easier task than having sporadic emergence across the field at two dates over a month apart.  In either case, the easiest way to manage the field is to address the needs of crop that will contribute the most to yield.  If this is the older plants that emerged early, then harvest aid applications may be needed prior to the younger plants fully maturing and developing all their bolls.  Waiting on all the bolls on these younger plants to fully open exposes the majority of our harvestable fiber to detrimental effects of weather and can lead to reductions in yield and quality.  The same consideration must be made for irrigation applications.  In the less desirable scenario, the greatest proportion of the field consists of plants that emerged after the recent rainfall, so managing the field for earliness will be key.  Efficient use of irrigation and fertilizer will be critical to make the most out of an already short production environment and prevent excessive late season vegetative growth.  In this situation, we’ll be relying on a long and mild fall as it will likely be mid to late August before the plants begin flowering.  Daily heat unit accumulation during the flowering period will also be reduced, thus it will require many more days to go from flower to open boll.  While this kind of weather pattern was observed in 2016, there’s no guarantee that the same thing will happen this year, and historical weather data certainly doesn’t favor a cotton crop that comes out of the ground on June 30th.  When surveying a field with uneven emergence keep in mind that even if a majority of plants are at the earlier growth stage, the greatest yield contribution may still come from the minority of our plant population. 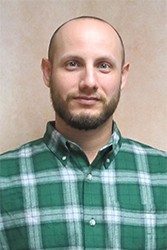 One Response to How to Address Uneven Emergence in Cotton