In which Dr. Young and I wax eloquent on phages. Antimicrobial resistance is a serious threat to modern medicine: As MRSA and other bacteria become immune to our most common antibiotics, researchers must develop new ways to fight these pathogens. One of these alternatives actually involves viruses called bacteriophages, which prey on bacteria. Though bacteriophages (or “phages” for short) are not currently approved for widespread human use within the United States, they are being used under Emergency Investigative New Drug FDA clearance and could one day be used in conjunction with antibiotics to treat the most stubborn bacterial infections.

Link to webpage and video

High in the Sierra Nevada mountains of Spain, an international team of researchers set out four buckets to gather a shower of viruses falling from the sky.

Scientists have surmised there is a stream of viruses circling the planet, above the planet’s weather systems but below the level of airline travel. Very little is known about this realm, and that’s why the number of deposited viruses stunned the team in Spain. Each day, they calculated, some 800 million viruses cascade onto every square meter of the planet.

Most of the globe-trotting viruses are swept into the air by sea spray, and lesser numbers arrive in dust storms.

“Unimpeded by friction with the surface of the Earth, you can travel great distances, and so intercontinental travel is quite easy” for viruses, said Curtis Suttle, a marine virologist at the University of British Columbia. “It wouldn’t be unusual to find things swept up in Africa being deposited in North America.”

On the evening of Nov. 7, Steffanie Strathdee sent out a cryptic tweet: “#Phage researchers! I am working with a team to get Burkholderia cepacia phages to treat a 25 y old woman with CF whose infection has failed all #antibiotics. We need lytic non-lysogenic phage URGENTLY to find suitable phage matches. Email if you can help!” The message was retweeted nearly 400 times.

To the average social-media user, the tweet might as well have been written in another language, but to those who know Strathdee, it was a rallying cry. Strathdee is the associate dean of global health science at the University of California, San Diego (UCSD), and she’s part of a small but growing community of scientists advocating for an experimental treatment for superbug infections. The treatment, called phage therapy, uses bacteriophages, which are tiny viruses that appear to have an uncanny ability to destroy some of the most lethal strains of drug-resistant bacteria.

This man should have died, but unusual infusions saved his life – The Washington Post Bacteriophages, which are bacteria-killing viruses, succeeded where antibiotics failed.

Source: This man should have died, but unusual infusions saved his life – The Washington Post

Sewage Saved This Man’s Life. Someday It Could Save Yours. | HuffPost 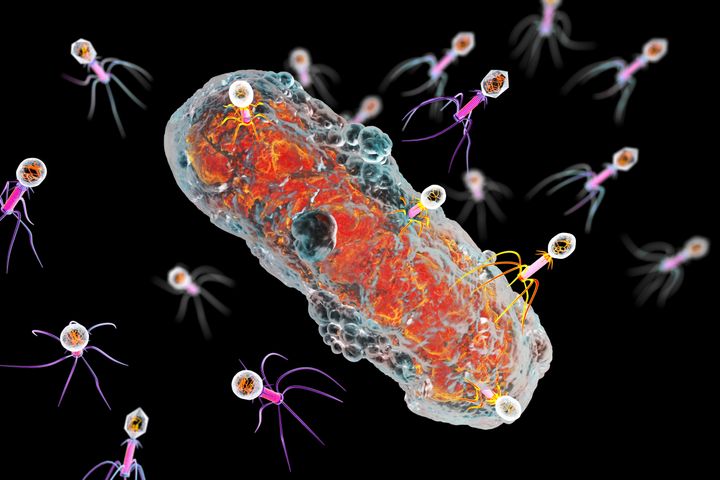 Bacteriophages — viruses found in soil, water and human waste — may be the cure in a post-antibiotic world.

Source: Sewage Saved This Man’s Life. Someday It Could Save Yours. | HuffPost

Phage therapy to combat bacterial infections is garnering attention for the second time in 100 years, but solid clinical support for its widespread use is still lacking. Swine farmers are more likely to carry multidrug-resistant Staphylococcus aureus (S. aureus or “staph”) than people without current swine exposure, according to a study conducted by a team of researchers from the University of Iowa, Kent State University, and the National Cancer Institute in the US.

Link to the study’s citation in PubMed